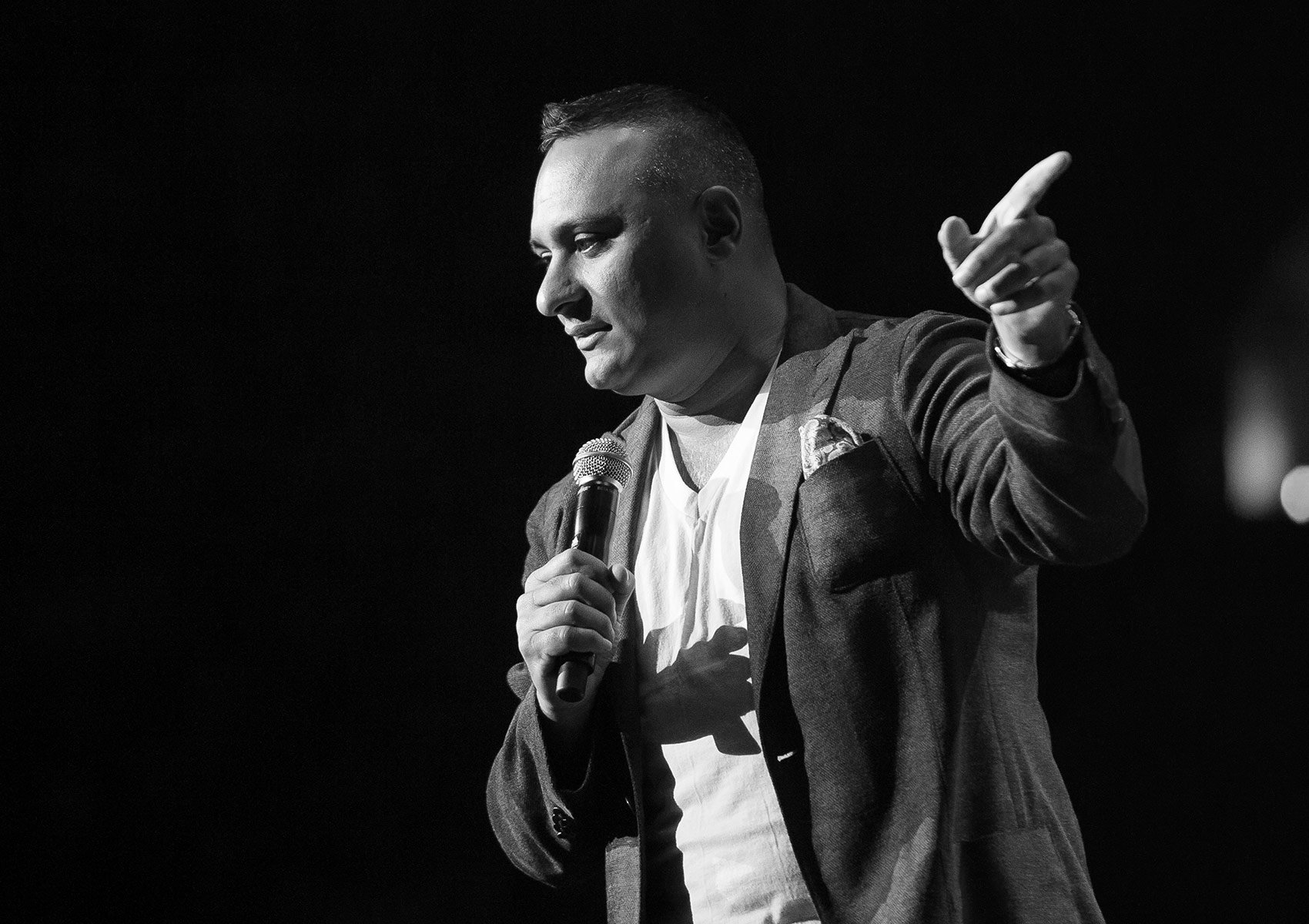 THE OVERVIEW AND REQUIREMENT

The final stop of the ‘Russell Peters; Notorious World Tour 2013’, one of the most extensive and successful tours of the Canadian artist, was at the Sri Lanka Exhibition and Convention Centre in Colombo on November 3, 2013. The requirement was for a competent agency capable of result-oriented marketing the grand finale of the tour which spanned 22 months across 15 countries. It was the first time Sri Lanka hosted an international stand-up act. While the local appeal for such an act was questionable and the demand of such a celebrity was debatable, the comparatively high-priced ticket categories counter-convinced the argument, making the undertaking grim to say the least.

It was a two-fold requirement, the second being result-oriented marketing for the Sri Lankan arm of ‘Russell Peters; Almost Famous World Tour 2015’. Long story short and following the success of the first, we found ourselves wrapped-in with team Russell Peters for the second consecutive time, sooner than we imagined! 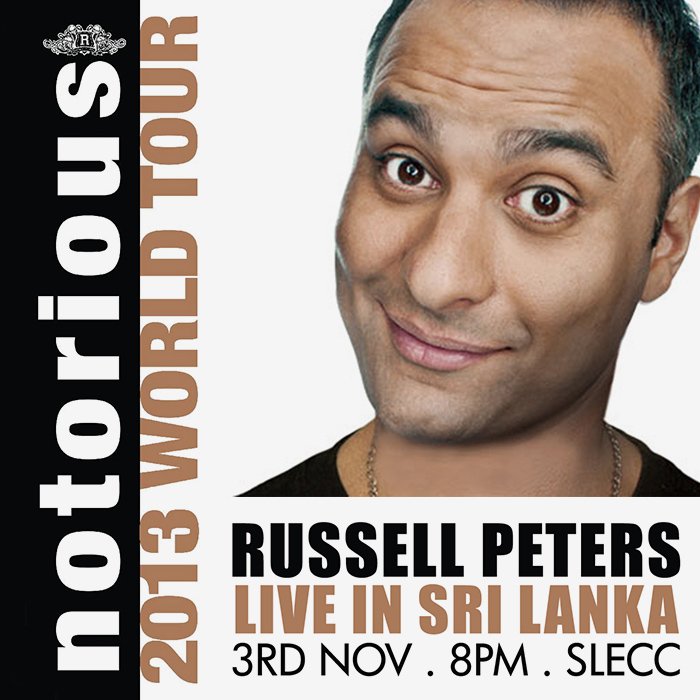 ‘Russell Peters; Notorious World Tour. Live in Sri Lanka 2013’ was a record-breaking sell-out with 4,000+ online tickets sold within the first 24 hours of the ticket launch. The milestone event sell-out was followed by the sale of 3,600+ online tickets on the day of the ticket launch of ‘Russell Peters; Almost Famous World Tour. Live in Sri Lanka 2015’, just two year later! While the success of both campaigns is largely attributed to the strategic 10-week social media sprints and EDM blasts, the print and electronic media campaigns rounded up two of our most effective, short-term, 360 marketing campaigns. In addition to 360 marketing, brand identity, event and pre-event (press conferences, ticket launch events and ticket booths) management was within the purview of the undertaking.

While the first Russell Peters event ushered in an era of unprecedented events, the second established Sri Lanka as a hub of global entertainment in South Asia! 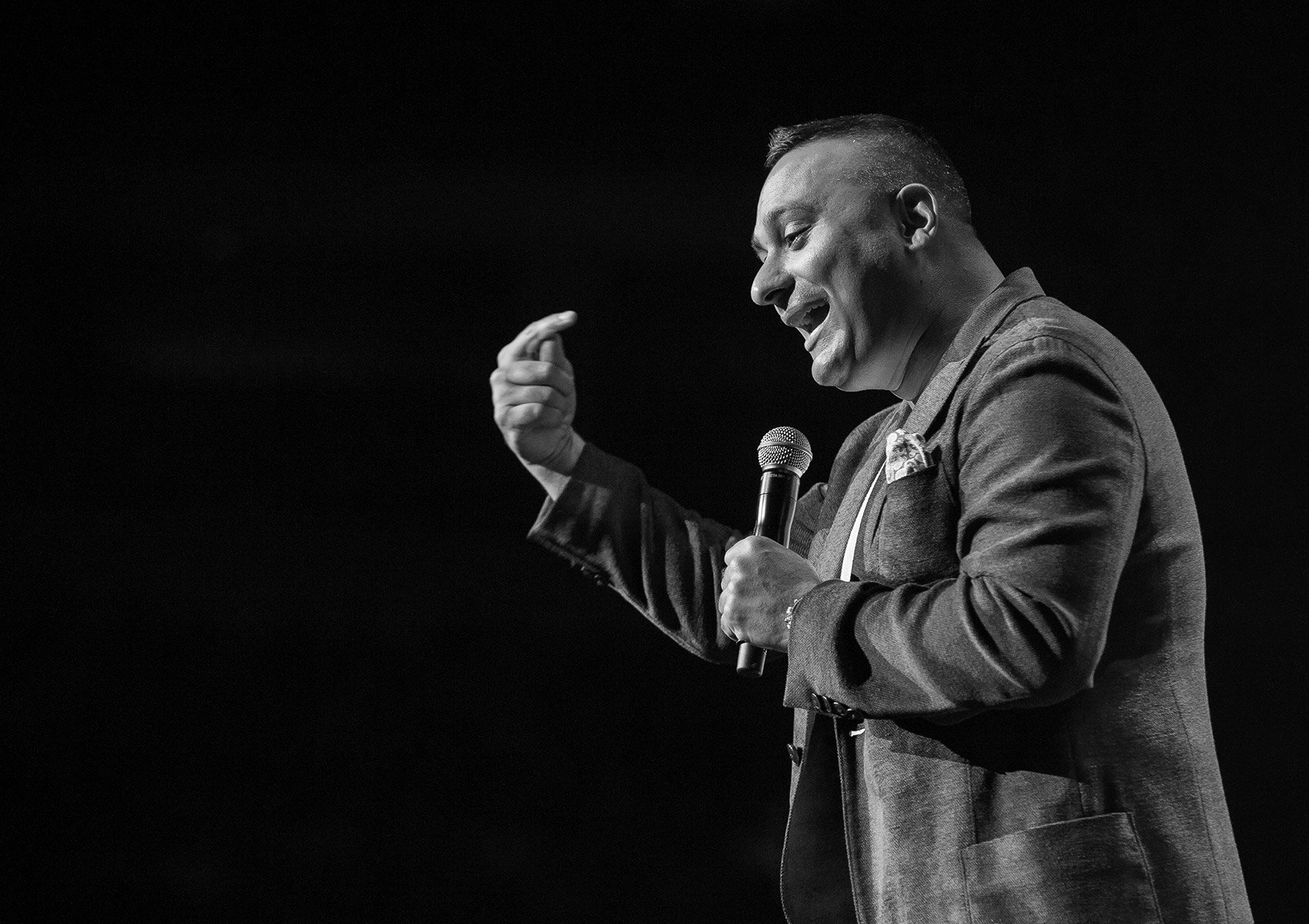 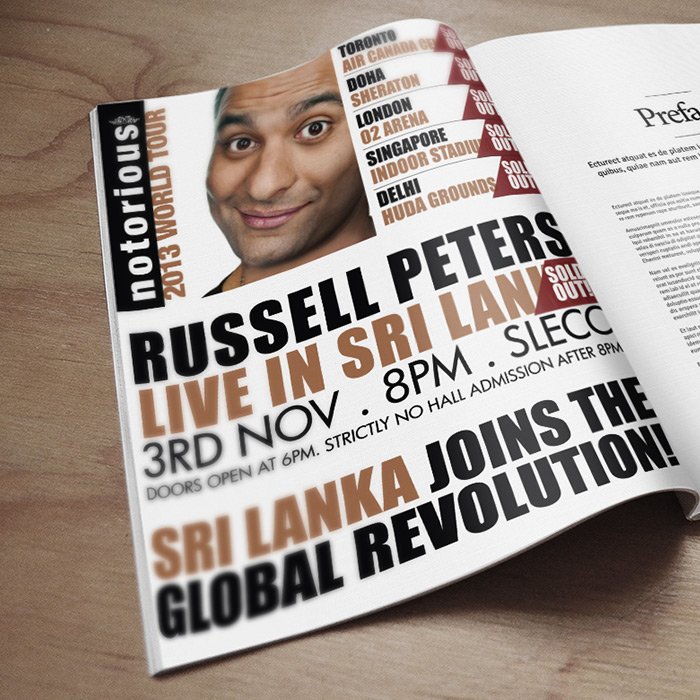 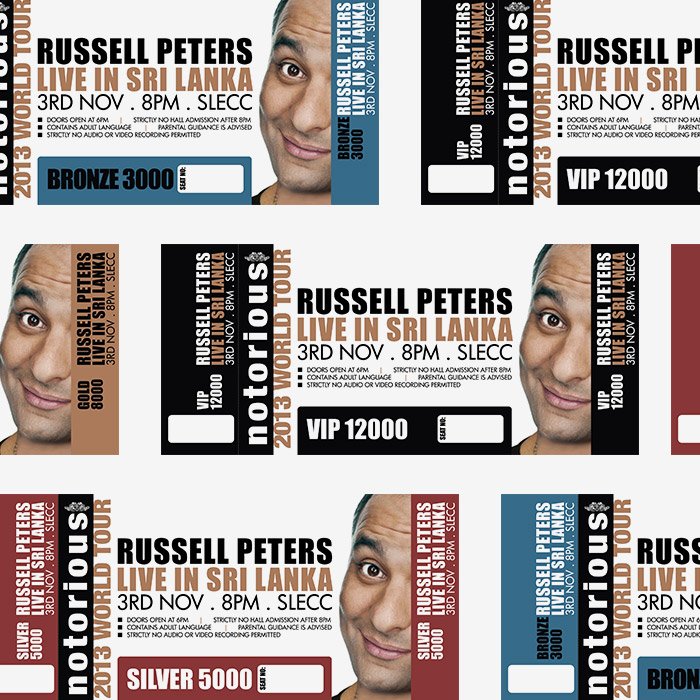 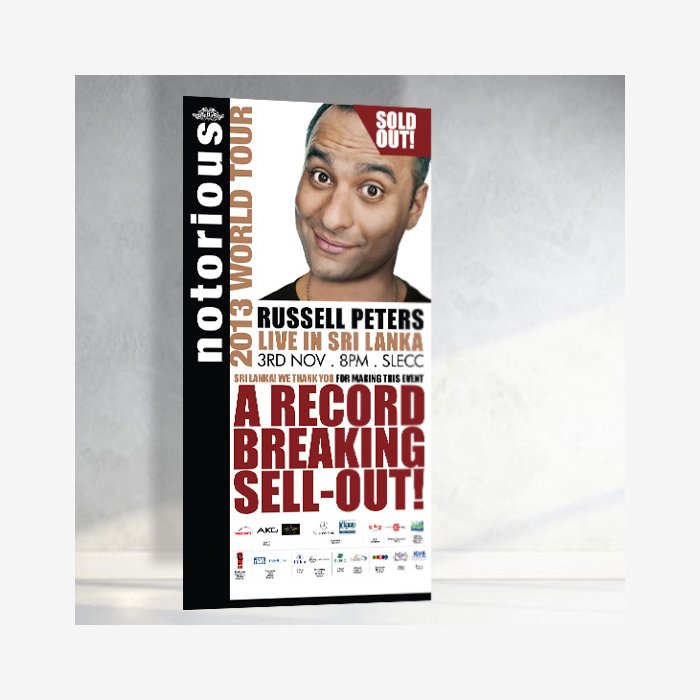 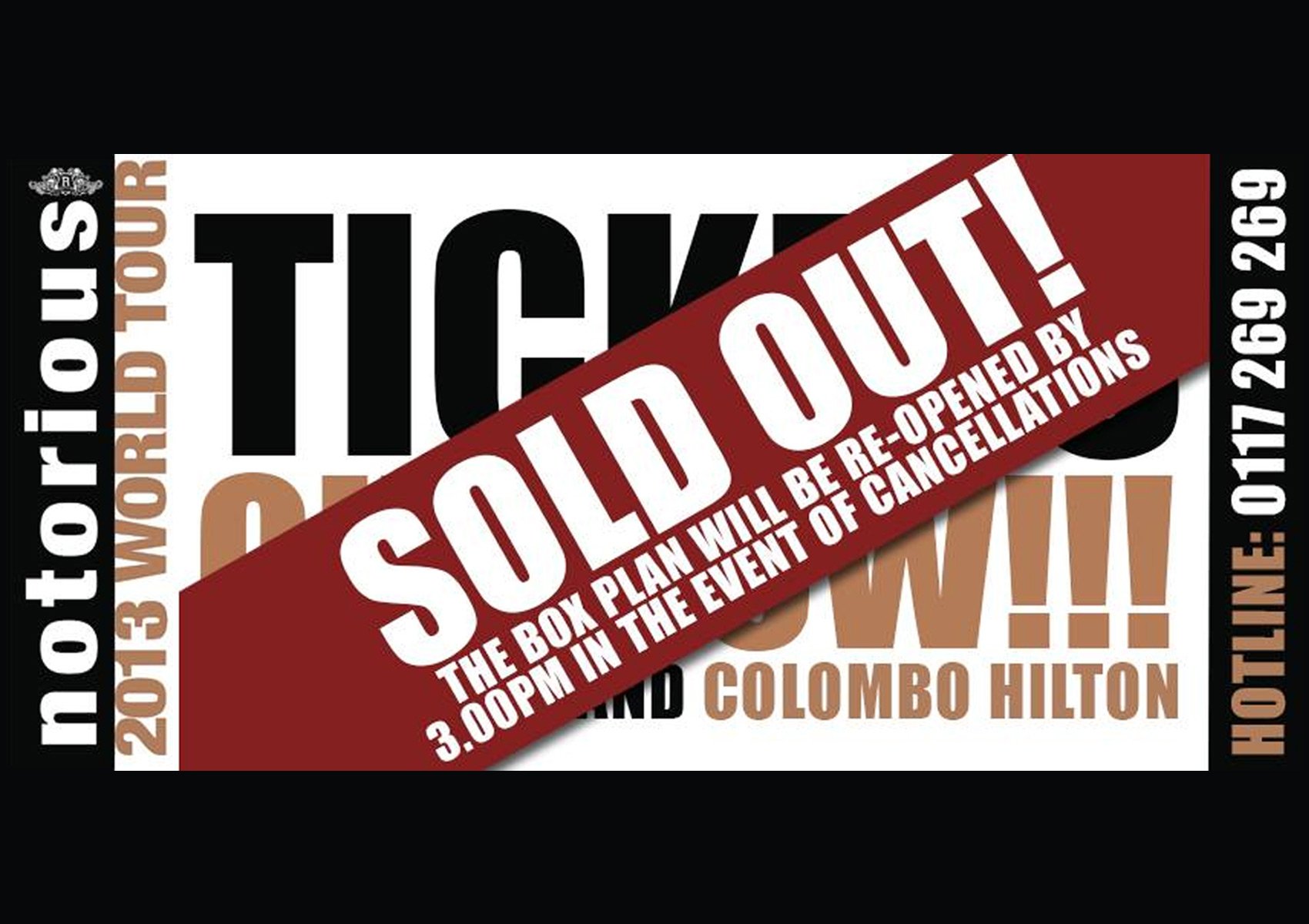 While the first Russell Peters’ event ushered in an era of unprecedented events, the second established Sri Lanka as a hub of global entertainment in South Asia! 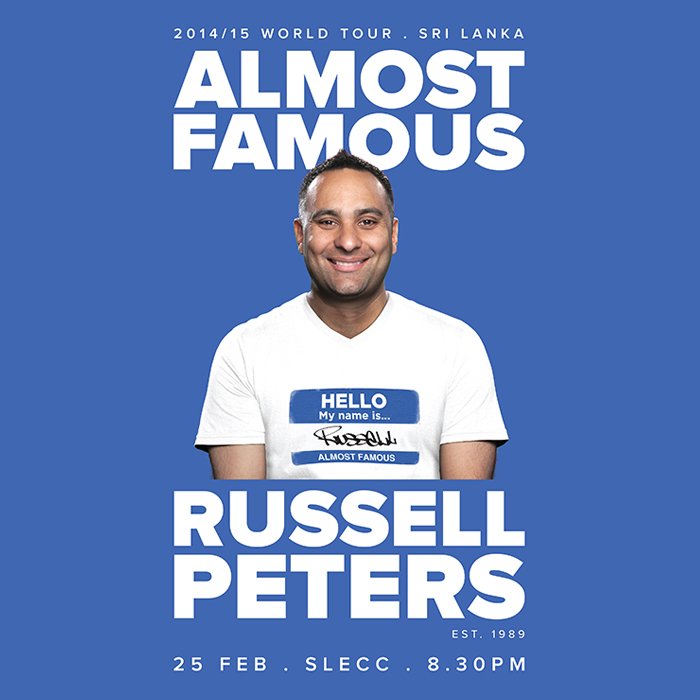 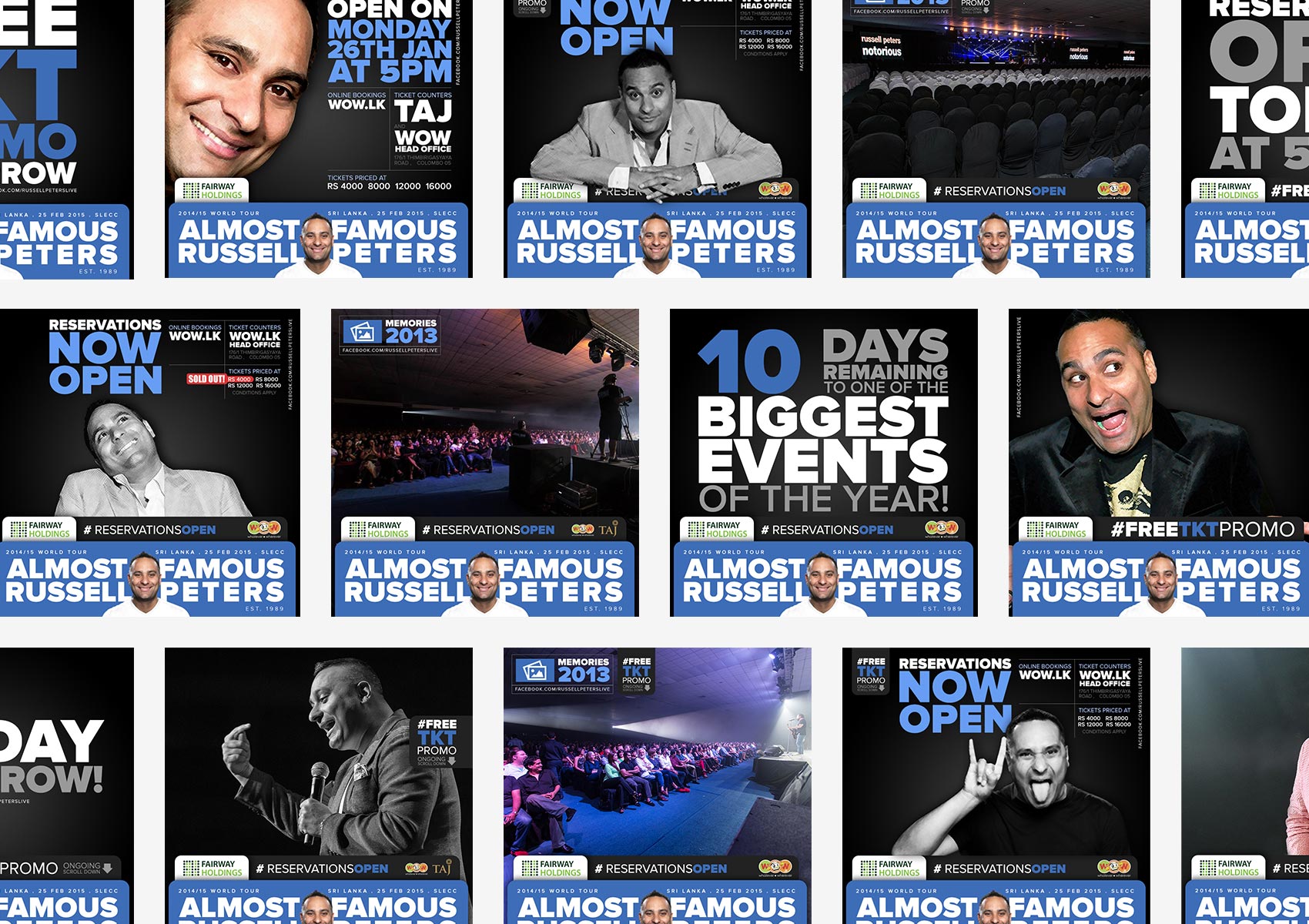 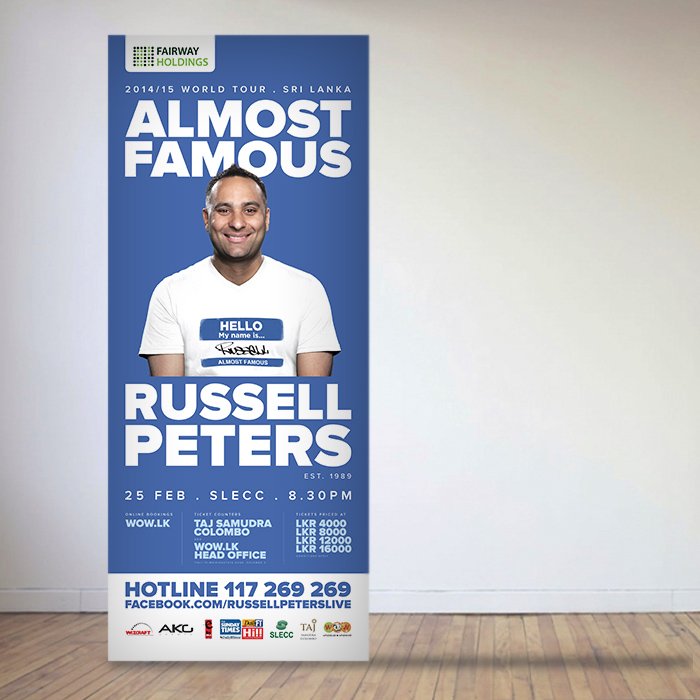 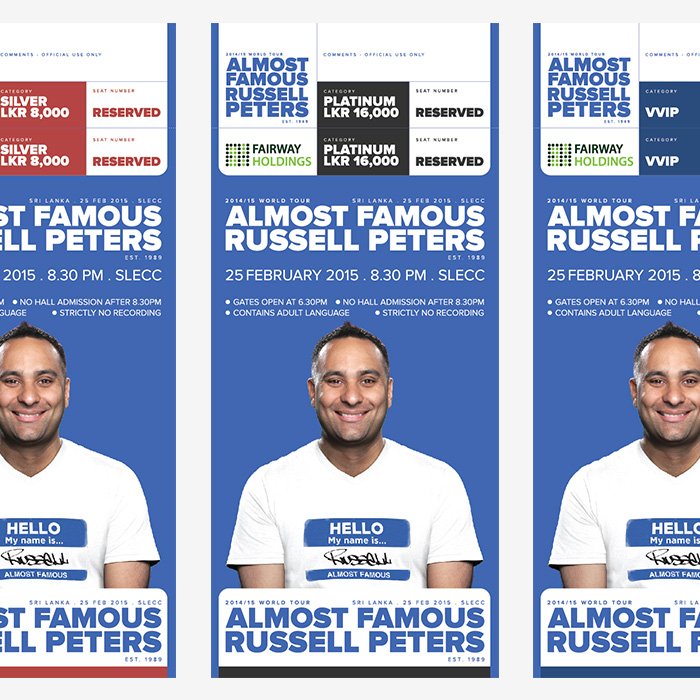 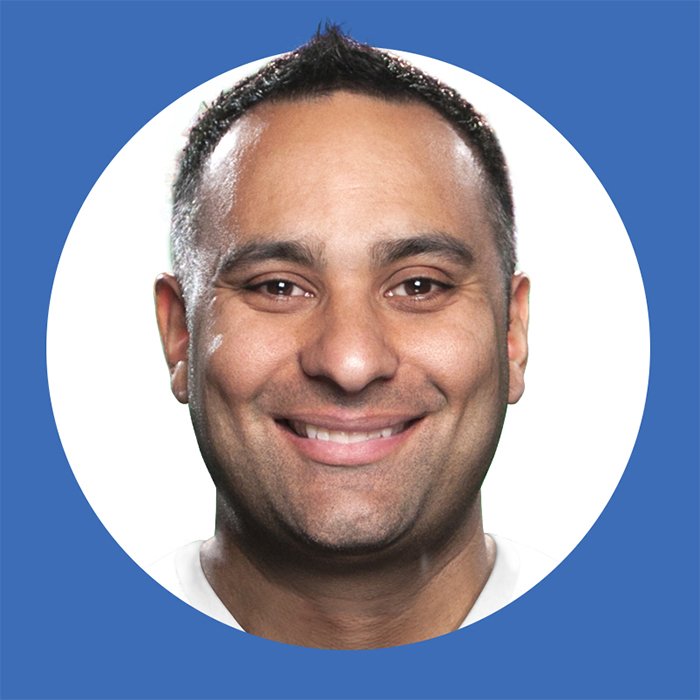 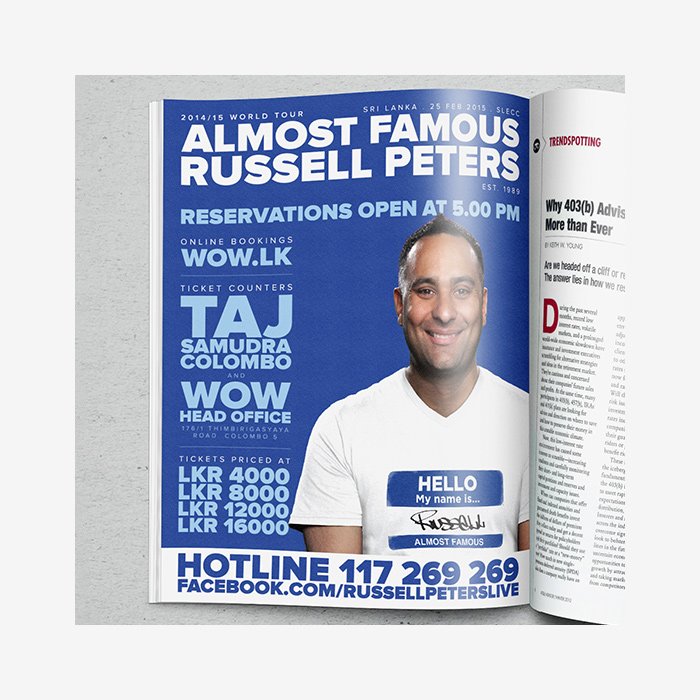 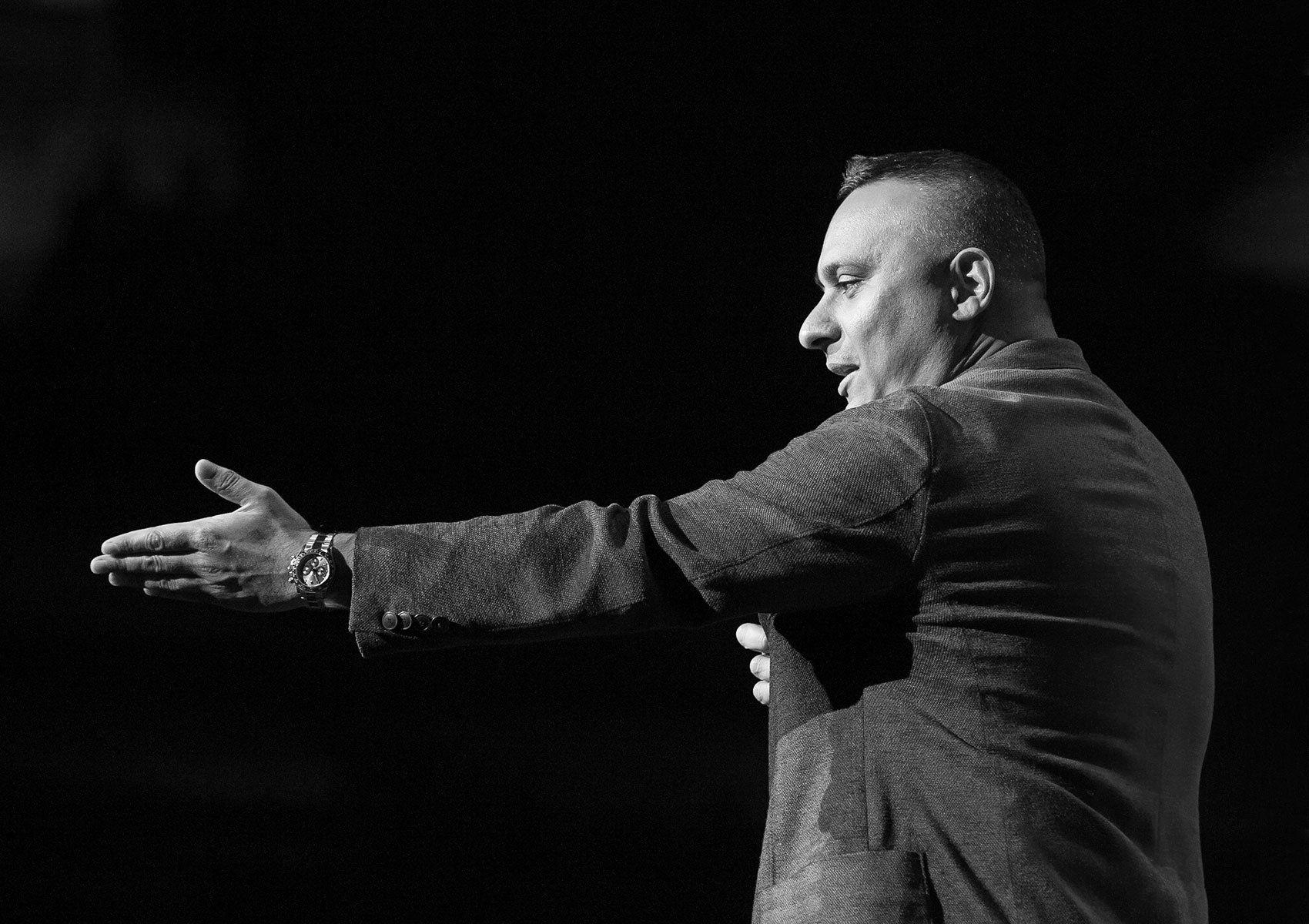